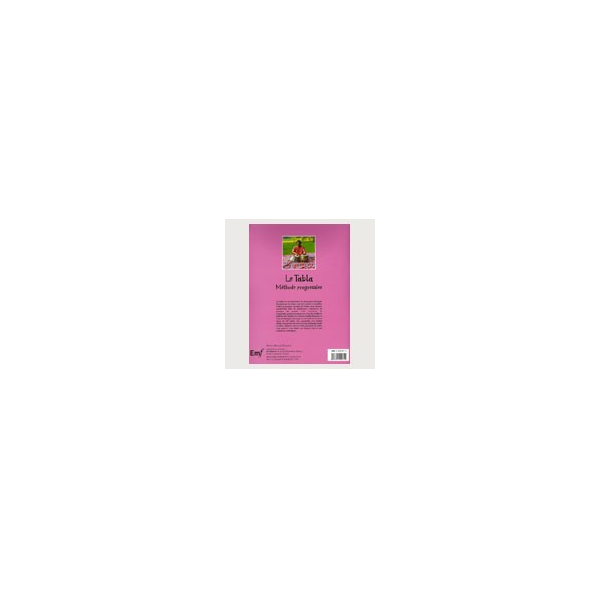 Consisting in 13 chapters, this method aims at tabla learners with one to two years of practice.

In addition to some interesting, historical information, the authors (Sandip Banerjee from India and Daniel Schell from Belgium) put larger emphasis on the fundamental playing techniques and rhythmic rules that apply to tabla drumming, especially the various rhythmic patterns and cycles called tala and theka, with exercises and variations.

Almost the only effort of its kind within the world of French-language publications, this work, although it struggles at times to conceal its difficulty in transmitting such a complex content, still succeeds most of the time. The audio material brings useful extra support, including the execution of all exercises and a few tasty solos... Which will be taught in the 2nd volume, to be released soon, or so we hope.