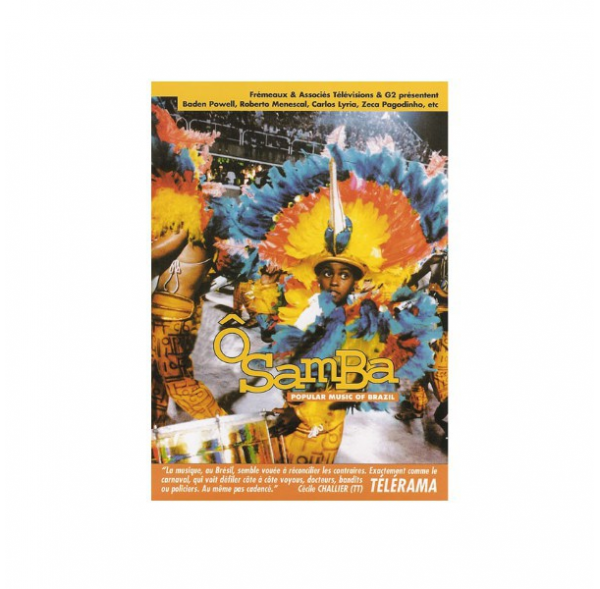 A both entertaining and instructive documentary, this DVD tells us the story of the biggest show on earth: The Rio Carnival. The subject is tackled from different angles, starting with the popular dance step that was born during the post-slavery era and moving on to the gigantic shape that this tradition has taken nowadays. The film also includes exceptional insights into “samba schools” (Mangueira, Salgueiro), that is, the favela-based organizations that take care of the carnival processions, during the Carnival period in 1997.
Interviews with pioneers like Baden Powell and Roberto Menescal, or contemporary stars such as Beth Carvalho and Zeca Pagodinho are particularly informative.

This documentary will both delight Samba enthusiasts and win new admirers.