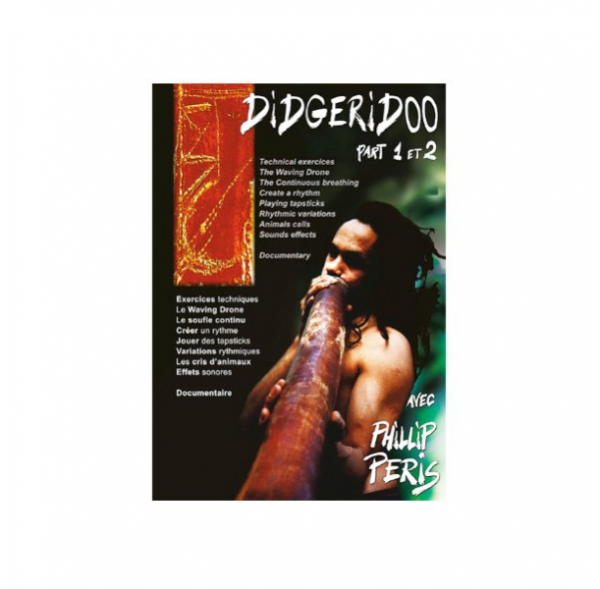 Accessible to anyone, this DVD is a real educational method to learn how to play the Didgeridoo. Through many exercises supported by ...

Accessible to anyone, this DVD is a real educational method to learn how to play the Didgeridoo. Through many exercises supported by demonstrations, Phillip Peris guides us in a progressive initiation into the basics of the Didgeridoo music and its development through many rythms and melodic variations. Phillip Peris teaches us the secrets of his music and gives us the tools necessary to give free expression to our inspiration, by liberating the instrumental richness of the Didgeridoo, the mythical instrument of the Australian aboriginal people.

Born in 1964, Phillip Peris grew up in Western Australia. That is where he discovered the Didgeridoo and where he bengan an initiation with the aboriginal people. In 1988, when he moved to London, he began to perform numerous concerts in England and later toured ion the European, African and American continents. He was one of the first to propose Didgeridoo recitals, and the first master classes for this instrument.