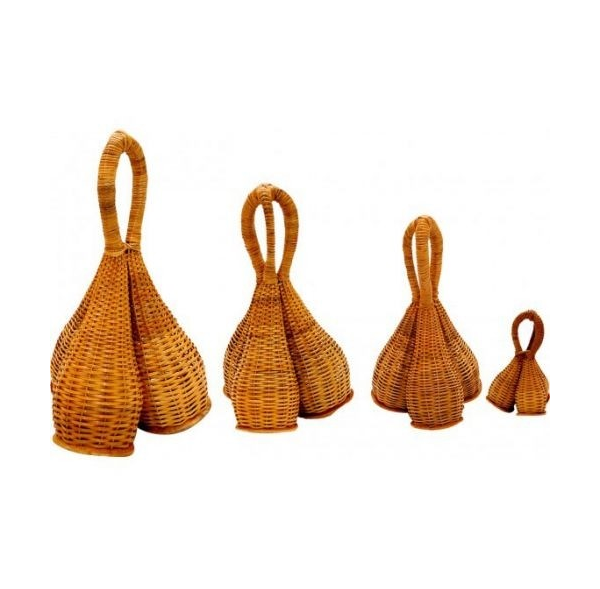 Caxixi Triplo medio 31cm. Caxixi is handmade in Brazil in the Nordeste state of Bahia). Handcrafted instrument with beautiful finishes.

Caxixi Triplo medio 31cm. Caxixi is handmade in Brazil in the Nordeste state of Bahia). Handcrafted instrument with beautiful finishes.

The caxixi is a percussion instrument consisting of a closed basket with a flat bottom and filled with seeds. The round bottom is traditionally cut from a dried gourd.

The caxixi is an idiophone hit indirectly, like the maracas. Variations in sound are produced by varying the angle at which the caxixi is shaken, by determining whether the content hits the basket or the bottom.

It is found throughout Africa and South America, but mainly in Brazil. In Brazil, the smaller caxixi began to be played alongside the berimbau (capoeira musical bow). The larger caxixi were first used on recordings by Airto Moreira, but it was Naná Vasconcelos who encouraged the use of caxixi for rhythm accompaniment and colors. In West Africa, it is used by singers and often alongside drummers.

18 other products in the same category: