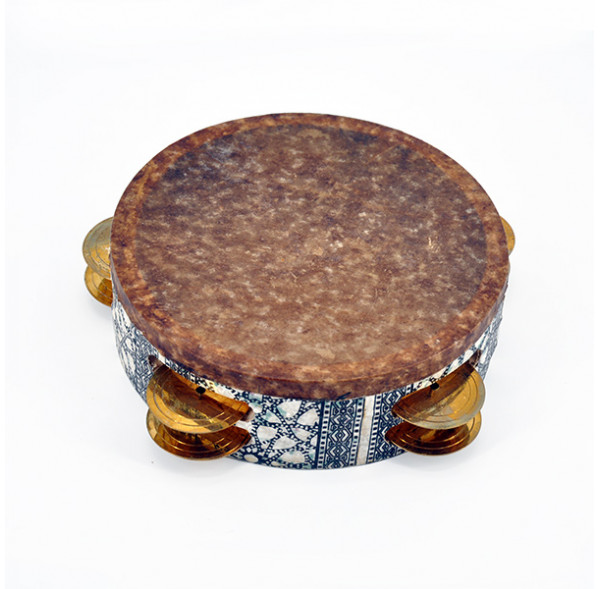 The tar, tar, tari, tara, tarra or tchentchana is an Arab-Andalusian percussion instrument.

The tar, tar, tari, tara, tarra or tchentchana is an Arab-Andalusian percussion instrument. It is a frame drum found in Spain, the Maghreb and the Middle East (Qatar, Bahrain, Yemen), cousin of the European tambourine and the Arab riqq and undoubtedly the ancestor of the pandeiro and pandero.

We find varieties in East Africa (Sudan, Kenya, Uganda, Zanzibar), in the Indian Ocean (Comoros, Maldives) and also in Malaysia. This Arabic term designating a round object or a frame drum, has thus replaced that of daf or duff, as in the expression itâr al-duff ("roundness of the frame drum"). The term duff having a more generic and more literary use, it is sometimes confused with the tar when it is circular (and not angular), although the latter has cymbals in general.

The small version is played standing up (perpendicular to the body) to accompany Arab-Andalusian music; very flexible in use, it is however less complex than the riq.