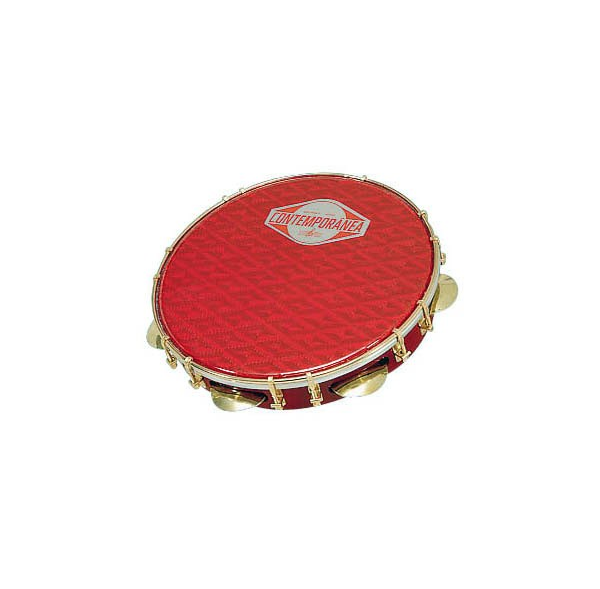 Pandeiro is considered by many THE Brazilian national music instrument. A frame drum with jingles, it is related to the ...

Pandeiro is considered by many THE Brazilian national music instrument. A frame drum with jingles, it is related to the "adoufe" (a square tambourine native to Portugal) and to the oriental Riqq.

This pandeiro has a formica frame and a synthetic, hologrphic head. Extremely sturdy, it was designed to play basic patterns as well as tricky variations and solos, with a loud, precise, high-pitched sound with very little sustain. It differs greatly from a natural-head, traditional pandeiro, though it is a top-of-the-range model, as far as modern samba is concerned. It should be used with its head very tense.