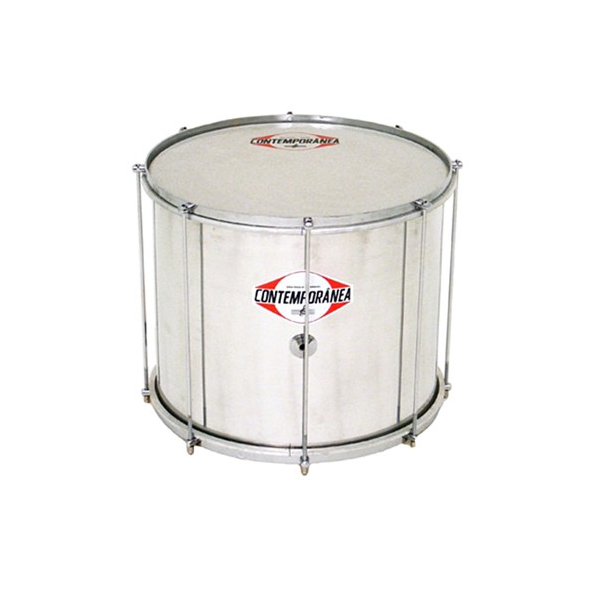 This range of professional, aluminum surdos created by Contemporânea has the distinctive feature of having shorter shells than other conventional surdos.
These Axé surdos are particularly efficient in producing more mufled, overtone-free sounds (an effect that can be accentuated by using a napa head, i.e. a sheet of Naugahyde placed across a standard drumhead).
Relatively light and small (16 X 186 in), they are mostly used to play samba-reggae and its derivatives, allowing the craziest choreographic performances!