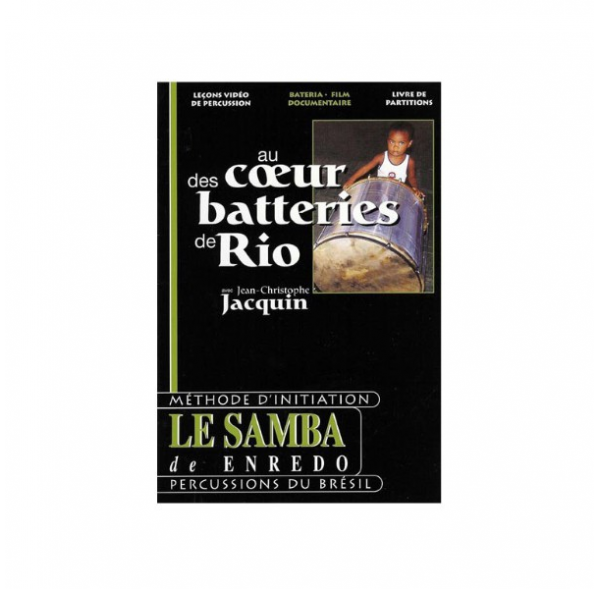 "In the Heart of Rio's Baterias" - The Samba de Enredo, by Jean-Christophe Jacquin - DVD. Languages: French, English. This work ...

This work is the fruit of a collaboration between French Samba specialist Jean-Christophe Jacquin, Philippe Nasse (The "Salon de Musique" series manager), singer and percussionist Klaus Blasquiz and sound engineer Bruno Ginstet (who also directed the documentary part of the DVD, during the Carnival of Rio)

The DVD format provides an efficient tool to those who start studying any of the percussion instruments played in a "Bateria de Samba", i.e. the very large percussion band (100 to 300 members) that accompanies the Carnival Theme song ("Samba Enredo"). The instruction part aims at learners (of all execution levels) while the documentary part will appeal to all those who have an interest in authentic forms of folk or popular expression.
The method's pedagogical approach rests on the assimilation of essential rhythmic patterns composed by all major Samba schools from Rio.
This very serious piece of instruction material is the most complete of its kind to date.